In ancient times, the story was told of a stone that travelled with the rainbow and thus collected all the colors of the rainbow in itself.

Tourmaline comes from the Sinhalese word “mixed-colored stone” because it comes in many different colors and tones. It is not even exceptional to find different colors in one and the same stone. 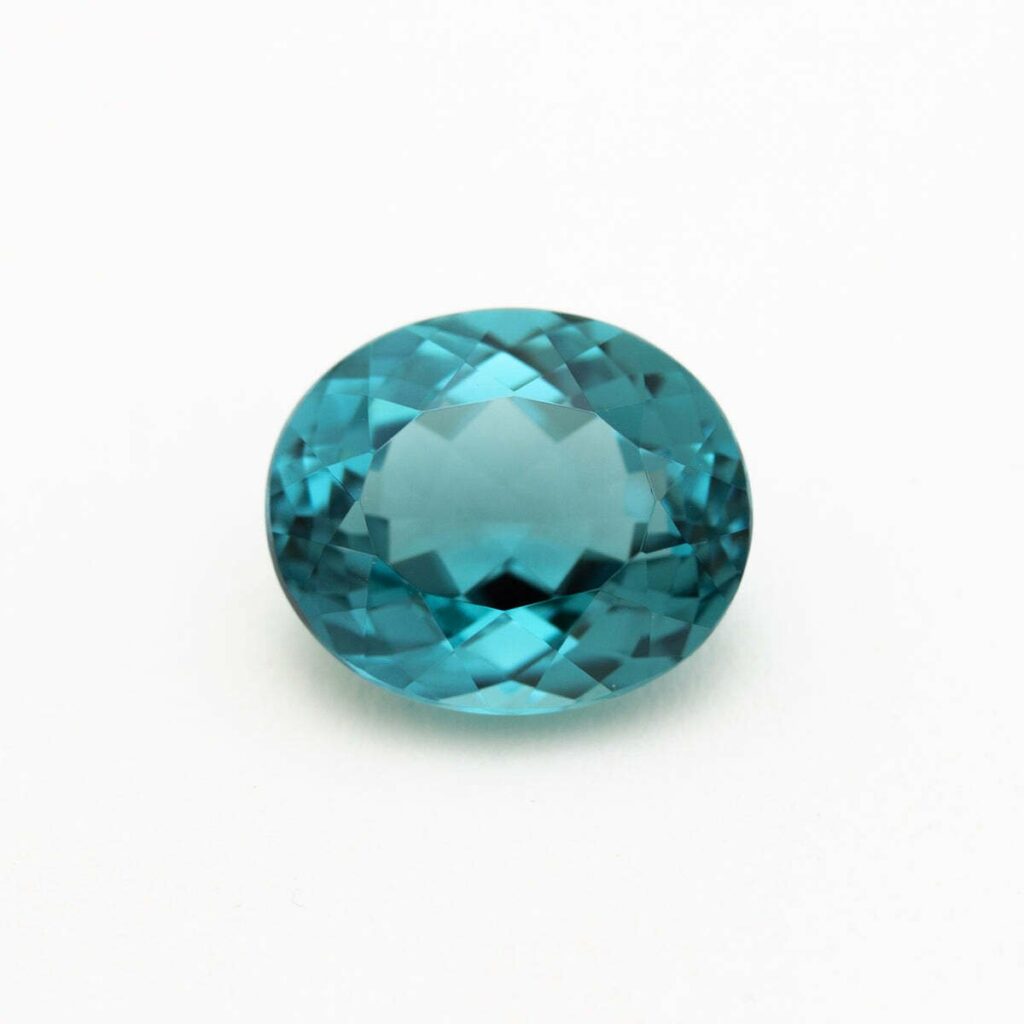 Physical and chemical properties of tourmaline

On the Mohs hardness scale, tourmaline has a score of 7-7.5. For reference, diamonds score a 10 and are considered the hardest gemstones in the world.

The main area of application of this stone is jewelry. The most famous varieties (including by trade name) are considered to be:

Copper colors Paraiba Tourmalines. They were named after the state in Brazil where they were discovered, Paraiba, though they have recently been discovered in Nigeria and Mozambique.

Paraiba was discovered in the late 1980s, and its beautiful neon blues and greens have shook the gemstone world ever since.

Stones from Paraiba are rarely larger than one carat. However, color, not size, is the most important value factor for these stones.

Color zoning occurs when the elements that make up the stone change in concentration or composition during crystal formation. Stones with this property are frequently cut to highlight their exotic color combination. These tourmalines are classified as Parti-Colored by gemologists.

Because of their stunning pastel hues, Green Tourmaline are an alternative to the deep and rich hues of Emeralds or the softer greens of Peridot. The best green tourmalines are transparent, clean, and brilliant, with lovely bluish-green hues. Many green varieties of the stone are pleochroic, which means their color changes depending on the angle of the light and the angle of the gemstone. The most valuable and sought-after pleochroic black tourmaline is the gemstone that appears bright green from one angle and blue green from another.

Chrome tourmalines have more saturated hues than most green tourmalines. These stones can be a less expensive alternative to Tsavorite or Emeralds, which are both difficult to find in sizes larger than 2 carats. Meanwhile, larger chrome black tourmaline is fairly common, with sizes ranging from 1 to 5 carats. While the tourmaline gem does not have the luster or brilliance of tsavorite, it is significantly less expensive.

Dark-toned tourmalines are the most common on the market, but they aren’t as appealing as other varieties and colors. Some of these gems absorb so much light from certain angles that they appear completely black. These stones are frequently cut with a table parallel to the length of the crystal. When a crystal is cut in this manner, the crown may show a brownish or yellowish color. These gems are frequently described as ‘oily’ or ‘olive’ green by dealers. However, they are much less expensive than fine blue green tourmaline or brighter blue green stone.

Blue Tourmaline comes in a variety of tones, from light to dark. However, the hue is frequently modified by green to give the stone a blue color with a hint of green or a more greenish color while remaining blue. Tourmalines with an equal amount of blue and green in their color are also available. Blue stone, like green tourmalines, can have a vibrant color or a less saturated color that appears grayish.

Tourmaline’s varieties have a wide range of quality factors considerations.

Because of the great variety of tourmaline gems, not all of them have the same value. Some varieties and colors are rarer and therefore more desirable, while others are inexpensive.

COLOR: Tourmaline’s rainbow colors have a wide range of color intensity and tone.
Color Is The Most Important Quality Factor For Tourmaline.
With all the amazing colors of tourmaline there is a color for every preference. While highly saturated colors without dark black areas are the most valuable, less saturated “earth” colors have become popular.

CARAT WEIGHT: Tourmalines come in a variety of shapes and sizes. The size value change varies with the variety.

There are many sources for tourmaline gemstones. Many sources produce more than one variety of the stone.

How can you tell if a tourmaline is genuine?

Tourmalines are extremely hard gemstones that cannot be easily scratched. As a result, if a stone has scratches on it, it is not a tourmaline. Tourmalines, on the other hand, are rarely free-form inclusions. As a result, if your stone appears to be crystal clear, it is most likely not tourmaline.

What is the best tourmaline color?

Bright, pure red, blue, and green tones are generally the most valuable, but the electric vivid green to blue shades of copper-bearing tourmaline are so exceptional that they stand alone.

What is the most expensive tourmaline variety?

Prices for Paraiba tourmalines are higher than for other tourmalines because they are more appealing, have higher color saturation, and are rarer. They can be distinguished from other types of tourmaline by their brighter hues, lighter tones, and more saturated hues. 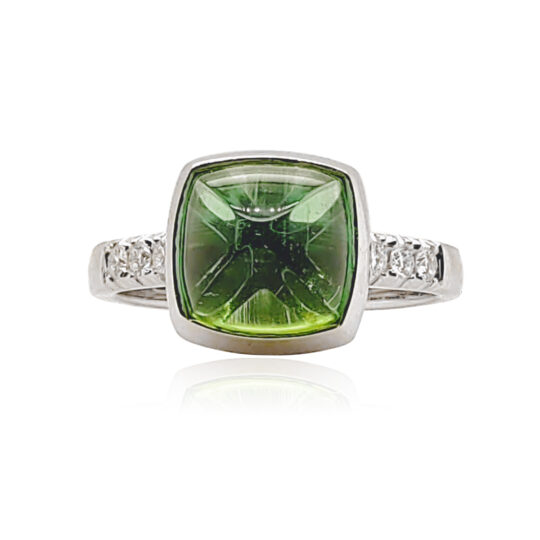 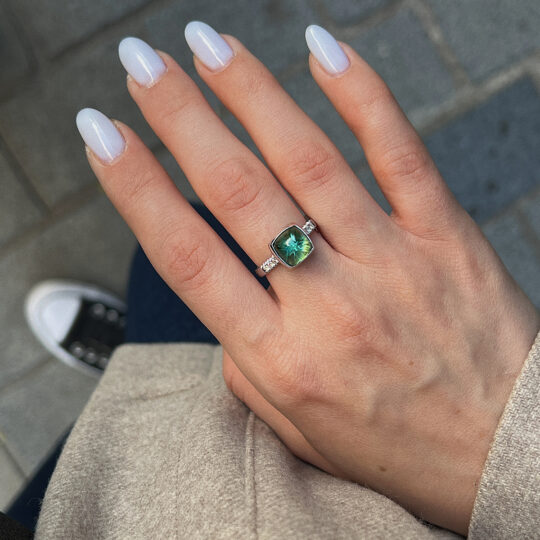 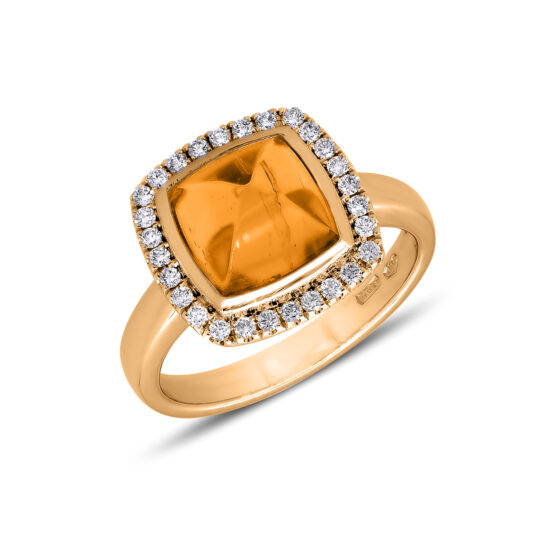 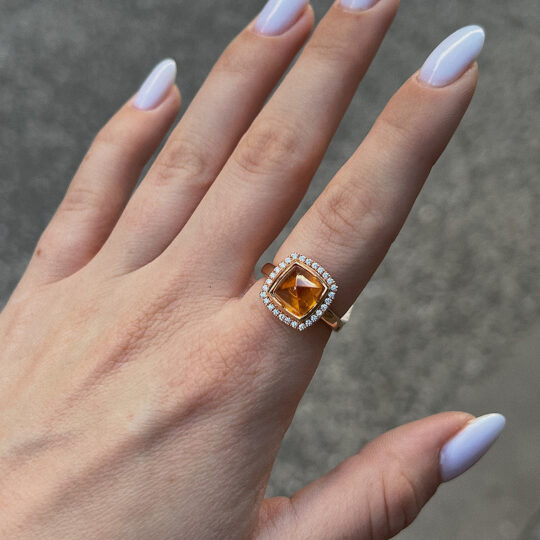 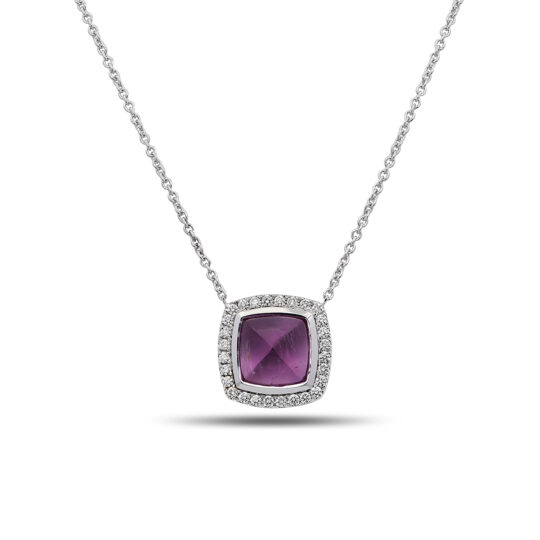 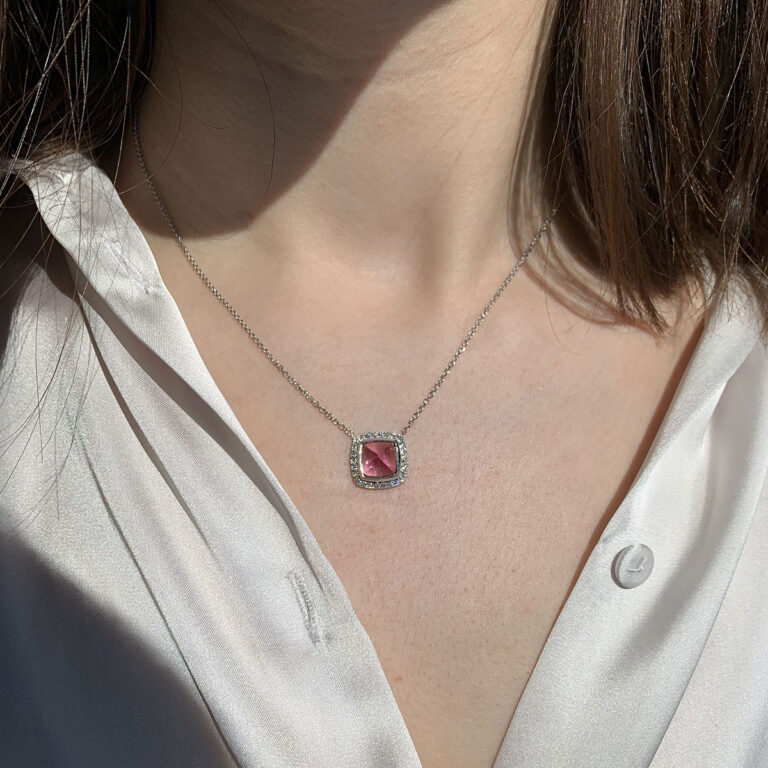 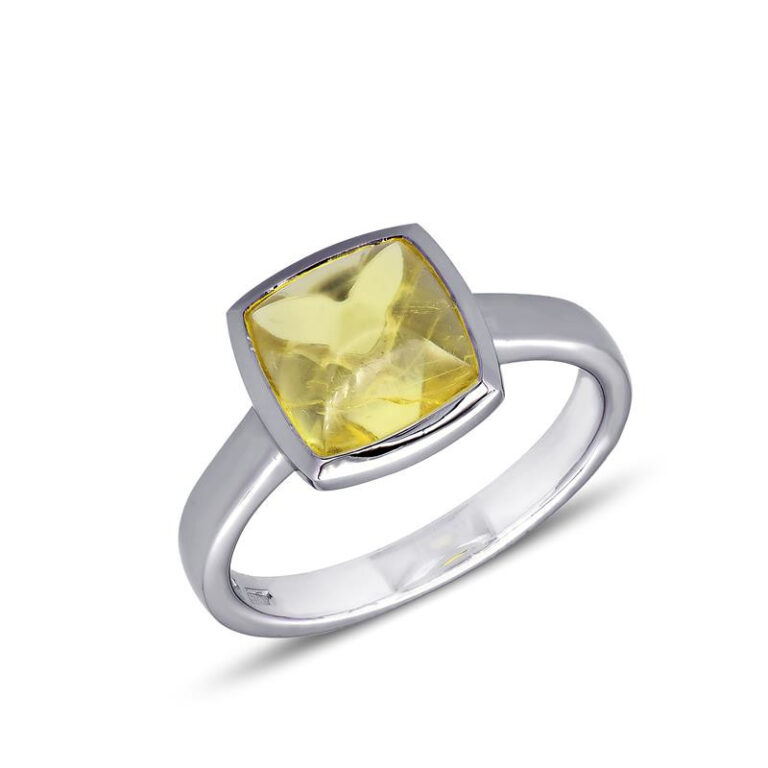 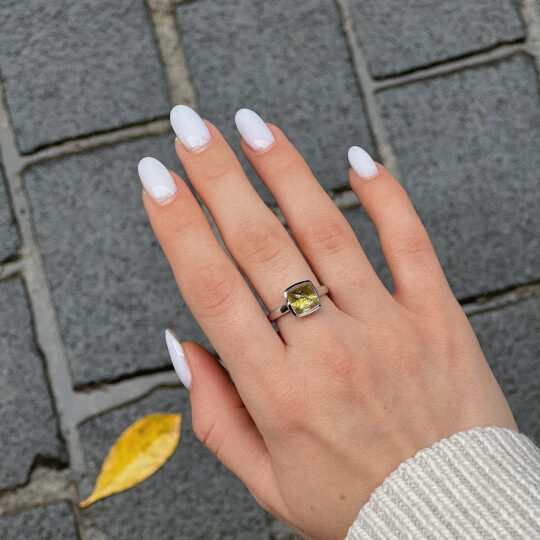 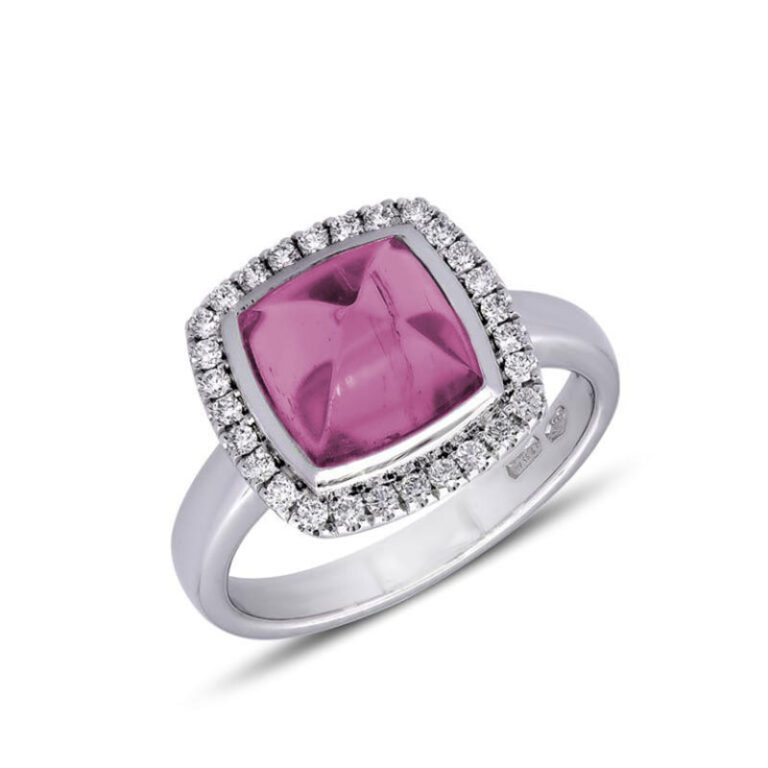 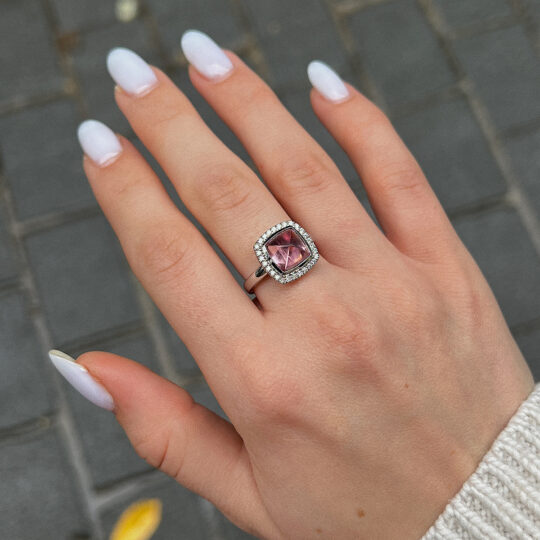 We use cookies on our website to give you the most relevant experience by remembering your preferences and repeat visits. By clicking “Accept All”, you consent to the use of ALL the cookies. However, you may visit "Cookie Settings" to provide a controlled consent.
Cookie SettingsAccept All
Manage consent

This website uses cookies to improve your experience while you navigate through the website. Out of these, the cookies that are categorized as necessary are stored on your browser as they are essential for the working of basic functionalities of the website. We also use third-party cookies that help us analyze and understand how you use this website. These cookies will be stored in your browser only with your consent. You also have the option to opt-out of these cookies. But opting out of some of these cookies may affect your browsing experience.
SAVE & ACCEPT
Powered by 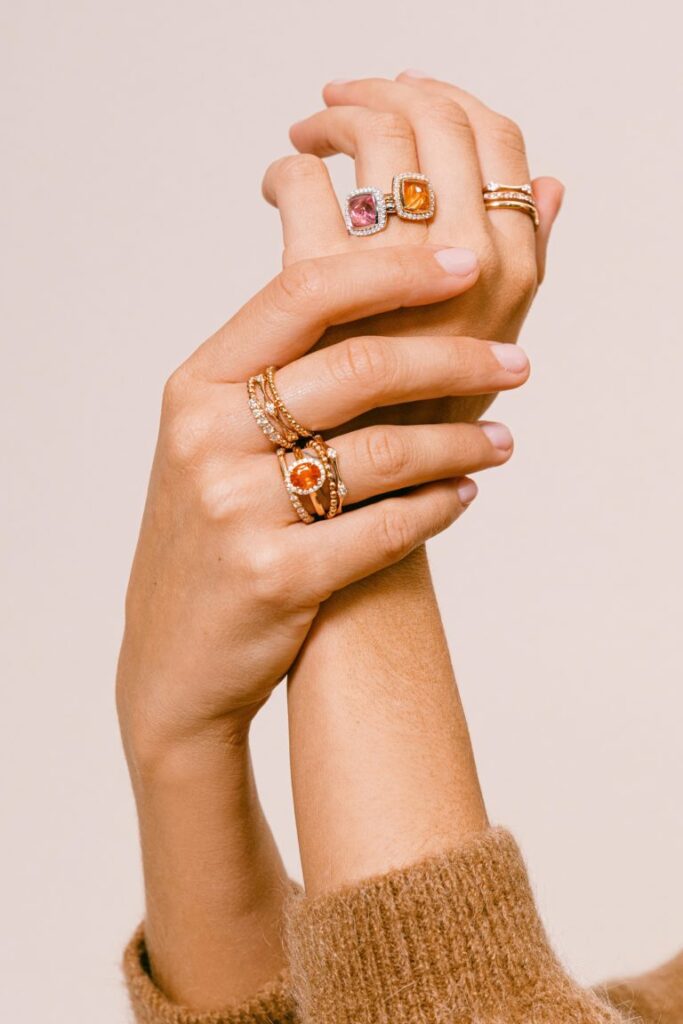